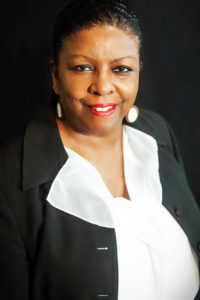 Marianne S. Eggleston, MBA has over twenty-five years of experience in the music, film, and entertainment business as an entrepreneur and executive in public relations, marketing, and communications strategist. In 2015, she completed a master’s degree in international business and entrepreneurship with a Study Aboard Team in Beijing and Shanghai, China which made presentations at Microsoft China Corporate and ten other major corporations.

Eggleston was the Director of Urban Music for PPI Entertainment, a major independent music and video label, and distributor located in Newark, New Jersey. During a twelve-year period, she created, developed, and managed ten various record labels, which included Michael and Whitney Houston’s Landlord Entertainment, several publishing companies, and helped to build the audio division within the international distribution company. She won one of the first Telly Award’s for her work on PPI Entertainment’s Children’s label Fox TV Special “It’s a Trollie Christmas”.

Eggleston has been featured in Black Enterprise Magazine, Jet Magazine, Billboard, Hollywood Reporter, Cash Box, and many other trade magazines as an executive on the move. Her extensive knowledge and strategic business development expertise have helped to build a solid foundation for Talent Room Entertainment and Publishing, Inc.

In 2013, Marianne Eggleston created and developed the Orlando Urban Film Festival (OUFF) which is in its eighth year running. OUFF is a 501 (c)(3), and it is a “Movie & Music Showcase” created to bring awareness of the business functions to newcomers in film, television, and music as well as helping to develop upcoming new talent in these areas. The key purpose of the festival is to also create an exciting new channel to expose and bring together filmmakers, television music producers in a powerful way to collaborate their talents. OUFF puts the spotlight on bringing two entertainment segments together as one (film and music) because they are joined in every aspect of movie-making. Music is the driving force alongside filmmaking. Where there are movie productions, there is music to enhance and highlight each scene in a phenomenal way within the soundtrack. The Orlando Urban Film Festival engages participants and audiences who enjoy viewing movies and listening to music with interactive “Meet and Greets” and events. Our goal is to educate individuals on the effects movies and music has on our daily lives.

During the annual festival, there will be numerous seminars and panel discussions of experts from the film, television, communications, and music industries. These experts are well-equipped to engage attendees on how to break-through “Hollywood’s Red Tape” to get distribution and financing for their films, screenplays, and music projects. As a participant in the Orlando Urban Film Festival, we inspire content creators to get their creative juices flowing and “Let Their Imagination Run Wild”. During the festival, content creators get to dialogue with filmmakers and music producers, screen and television writers, producers, directors, actors, and executives who work in the industry daily. The highlights of Orlando Urban Film Festival is the featured OUFF Official Selections Screenings which are held over two-three days followed by the OUFF Awards Show.